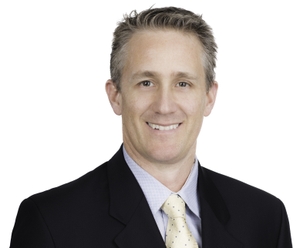 The growing frequency and severity of extreme weather events mean that it’s time to revisit the purpose and content of our building codes. The past decade has seen catastrophic bushfires, cyclones and flooding across Australia and around the world. Much property has been destroyed and the economic impact has run into many billions of dollars.

Set against this backdrop, it was encouraging to see the Australian Building Codes Board (ABCB) acknowledging recently that building codes must continue to evolve. These codes have done much to protect communities from natural disasters as the ABCB statement quite rightly points out, but they could do more to prevent economic loss.

This is a global conversation. Following a workshop of code development and research organisations from Australia, Canada, New Zealand and the US, the International Code Council (ICC) has called for building code developers and the wider industry to work with climate scientists and regulators to establish reliable models for the development of forward-thinking risk strategies.

It wants the public and private sector to work together on the development of risk identification strategies and building resilience guidelines, as well as research initiatives that will improve the understanding of climate science and create alignment on building durability expectations.

The ICC has also recommended the education of primary audiences including the public and policy makers as well as the building, finance and insurance industries. It wants advanced risk and impact analysis to recognise the economic and social benefits of greater investment in building resilience.

This concept of building resilience is central to reducing the economic impact of severe weather events.

Health and safety is quite rightly first and foremost in Australia’s National Construction Code but it doesn’t currently take building resilience into account. Using floods as an example, its primary focus is on ensuring that buildings don’t collapse but it does little to help minimise business impact and get operations running again.

The Brisbane flood in 2011 was a seminal event for industrial and commercial property owners because of the extent of impact in various areas, including the central business district. We saw major warehouses take in two metres of water and close for several months, and shopping centres inundated to almost ceiling level. There needs to be more emphasis on how things are built to withstand events like this. It’s an unnecessary waste of time and money to be ripping out sections of plasterboard and throwing out furnishings, especially in the current economic environment created by COVID-19.

It is always best to avoid putting anything valuable on the ground floor. I’ve seen some sensible construction where the ground floor is used for open-air car parking with a small reception area. That makes the building more resilient to flood waters. People don’t think about sewage, snakes and all manner of other nasty aspects of this water, which is incredibly dirty because the power of these surges bring everything with them.

At the other end of the scale I’ve seen companies put data centres in the basement. That’s not a good idea. But of course city office floor space is expensive and people don’t want to be located underground with no windows, so it’s often where high-rise building designers locate main services and switchboards.

Water runs downhill so it’s not uncommon to see these basements flood and take down electrical services for the entire building. The ensuing business impact can last months. Other common-sense ideas include flood barriers that can be erected in your driveway to ensure that water doesn’t run in there. These are all small things that help minimise the risk and impact of major weather events.

Based on more than 70 of the world’s largest businesses, which had all suffered damage in major flood events during recent years, the study found that they had lost a collective value of $US82 billion one year after those flood losses. To put it bluntly, investors are more likely to view flood losses as bad management than bad luck.

So, although it’s always tempting to build in a flood plain because of the lower costs associated with acquiring the land, there’s a strong case for making more resilient choices. This means considering other less risky sites and, where you have to build in a location that’s flood prone, taking all possible precautions to minimise risk. These include making sure you have an adequate emergency response plan in place, carrying out structural reinforcement, elevating critical equipment and installing flood barriers.

We need to make sure people understand their exposure because it’s impossible to protect against something you don’t know about. It’s not just value for the company but also value for the community. Here in Australia, bushfires are a perennial problem for the owners and operators of commercial property. This will soon be top of mind for many risk managers following last year’s devastating bushfire season.

The Royal Bushfire Commission has stressed the importance of avoiding a repetitive cycle of disaster, rebuild and recovery.

The National Construction Code is focused on getting everyone out safely in the event of a fire, making sure the fire brigade has space to fight the blaze, preventing the fire from spreading to neighbouring properties and stopping the building from falling over onto them. If everyone gets out safely but the building is a smouldering ruin, that’s viewed as a success under the code. But building owners and business operators are unlikely to agree. So, until the code takes resiliency into greater account, it’s up to owners to go above and beyond.

Trimming or clearing undergrowth is the first step in minimising exposure but that’s not always a viable option. But you can remove combustible yard storage and other debris, while closing openings like ridge vents and loading dock doors. It’s important to use appropriately-rated construction materials where possible, and exposure sprinklers in existing buildings that aren’t made of those materials.

High winds are also a major risk for commercial property owners and business operators. We’re lucky to some degree in Australia that we don’t have major cities like Miami or New Orleans that are prone to hurricanes. But severe cyclones are moving south and now pose a real threat to Brisbane, the Gold Coast and built up areas in northern New South Wales.

The focus of building codes here is to make sure the roof doesn’t blow off and the building doesn’t fall over. But it’s important to consider basic measures like reinforced roller doors and windows. When a cyclone lifts the roof sheeting or blows in a window, it’s followed by heavy rains that can blow in for days on end before anyone can get there.

Sometimes little things can make a big difference. Following an FM Global site visit in Queensland some years ago, the management of a business was advised that its roofing was inadequately secured. The business took that recommendation and took steps to reinforce the roof. When a cyclone hit soon after, a competitor in town lost its roof, but this business was able to keep trading and serving the community. It won a lot of goodwill from that.

Changes to building codes in Australia and other nations around the world could mean that buildings become a little more expensive. But it doesn’t cost that much more to do a lot of this stuff right and everyone will sleep a little easier in their beds next time a severe weather warning is issued for their suburb.

This article was first published in Strategic Risk APAC.